This is what you should know about Boeing 787 lightning protection 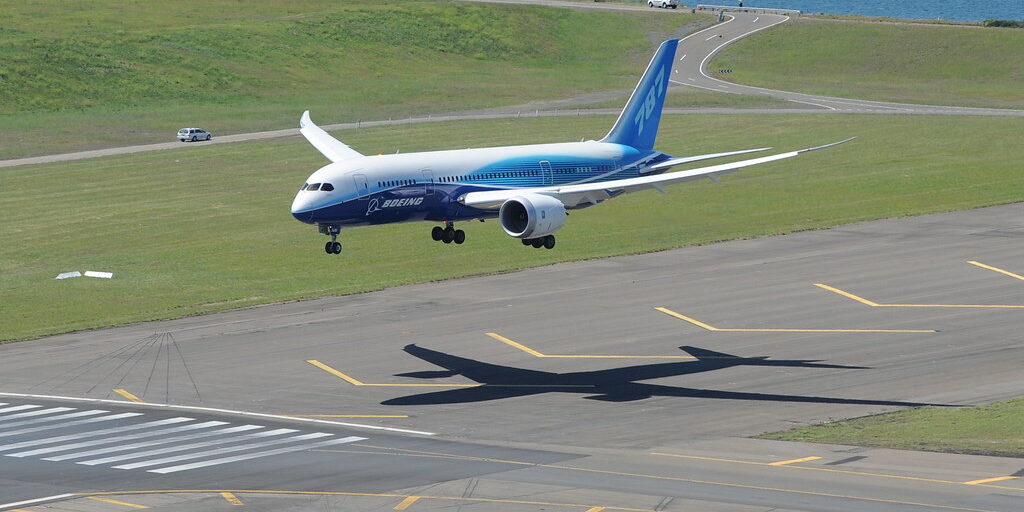 How is a Boeing 787 protected from lightning strikes?

Boeing 787, like the other aircraft types, possesses protection from lightning strikes. First, most of the external parts are metal composed, with sufficient thickness to resist lightning strikes. This ‘metal skin’ offers the aircraft its basic protection, while also controlling the entrance of electromagnetic energy into the electrical wires of the airplane, keeping it at a sustained level without damaging the aircraft.

Has the Boeing 787 lightning protection changed over the years?

Contrary to the other aircraft types, the Boeing 787 contains more composite materials such as carbon fibers, that are less conductive than aluminum. To create a conductive path to exit a lightning strike from the aircraft, a lightweight mesh of foil is embedded in the surface film of the aircraft’s outer skin. This path is placed in contact with metal bonding strips that connect to the outer surface to a metallic-ground plane, such as an engine or metal conduit in the fuselage. Thus, due to a higher proportion of composite materials contained by the Boeing 787, there are a lot of conductive paths.

In 2019, Boeing introduced changes to the lightning strike protection on the 787. As mentioned above, the Boeing 787 lightning protection consists mostly of carbon composites. In order to protect the wing fuel tank, Boeing implemented special measures while developing the Dreamliner. As a result, a metal fastener has been sealed into the wing, complete with an insulating cap, and copper foil has been added in strips across the skin of the wing to disperse the electrical current from a lightning strike.

Having first stopped adding the insulation fastener caps, Boeing decided to stop adding the copper foil as a cost-cutting measure. Therefore, the entire wing surface of any jet delivered in the last years lacks both protections.

On February 22, 2019, the Federal Aviation Administration (FAA) initially rejected the removal of the foil from the wing, when its certification office ruled that Boeing had not shown the fuel tank would not ignite.

Following Boeing’s appeal, the FAA managers reconsidered and reversed the ruling a week later, allowing the aircraft with the implemented changes to fly.

According to Boeing, the 787 has “several other layers of protection from lightning strikes”. In addition, each design change “was properly considered and addressed by Boeing, thoroughly reviewed with and approved by the FAA.”

However, in the wake of the two Boeing 737 MAX crashes, the lightning protection changes to the 787 delivered between 2019 and 2020 are now being discussed.