How does aircraft lightning protection work? 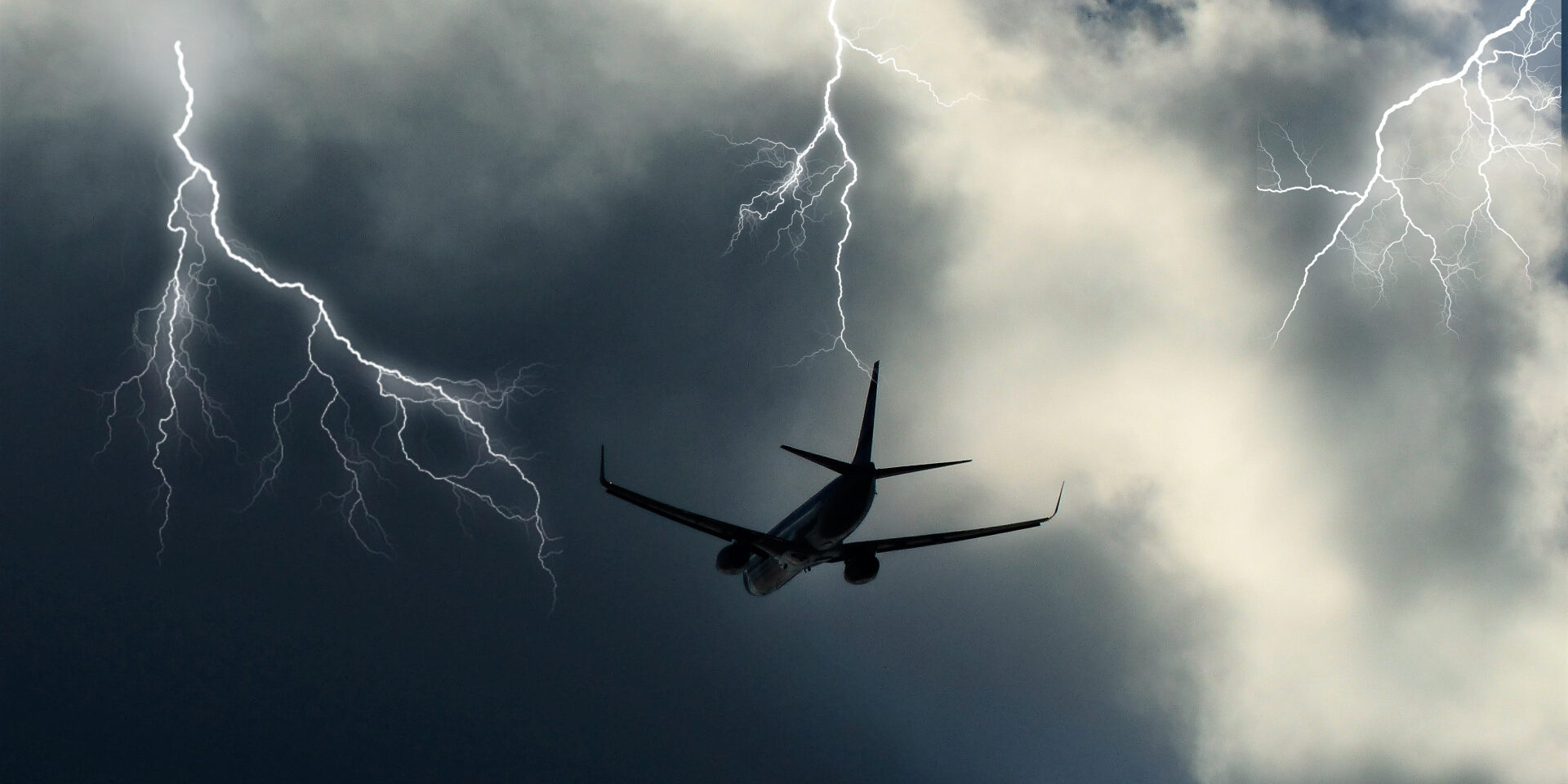 Lightning strikes are an everyday occurrence on planet Earth: on average, lightning strikes occur 100 times every second throughout the whole world. Even though approximately 80% of those strikes are intra-cloud or cloud-to-cloud, i.e. lightning within the same cloud or between different clouds, they can still pose a risk to airborne objects, such as aircraft. That is why aircraft lightning protection is critical.

Nowadays, several techniques and methods are implemented to reduce the threat of lightning. Discover here all the ins and outs regarding aircraft lightning protection.

How is an aircraft protected from lightning strikes?

Aircraft are protected from lightning strikes in different ways. First, most of their external parts are metal composed, with sufficient thickness to resist lightning strikes. This ‘metal skin’ offers the aircraft its basic protection, while also controlling the entrance of electromagnetic energy into the electrical wires of the airplane, keeping it at a sustained level without damaging the aircraft.

This protection is always evolving. Based on the data gathered from aircraft in service, which are struck by lightning, manufacturers improve and develop the aircraft’s lightning strike protection, to reduce the damages.

For instance, newer aircraft like the Boeing 787 and the Airbus A350 are made with a higher proportion of composite materials like carbon fibers, which reduces the electrical conductivity of the fuselage and wings. Additionally, manufacturers have also developed a workaround by adding more metal wiring into the composite material to ensure good conductivity on the aircraft’s exterior.

Revolutionizing aircraft inspections with drones
See how!
This might interest you
Go to Top