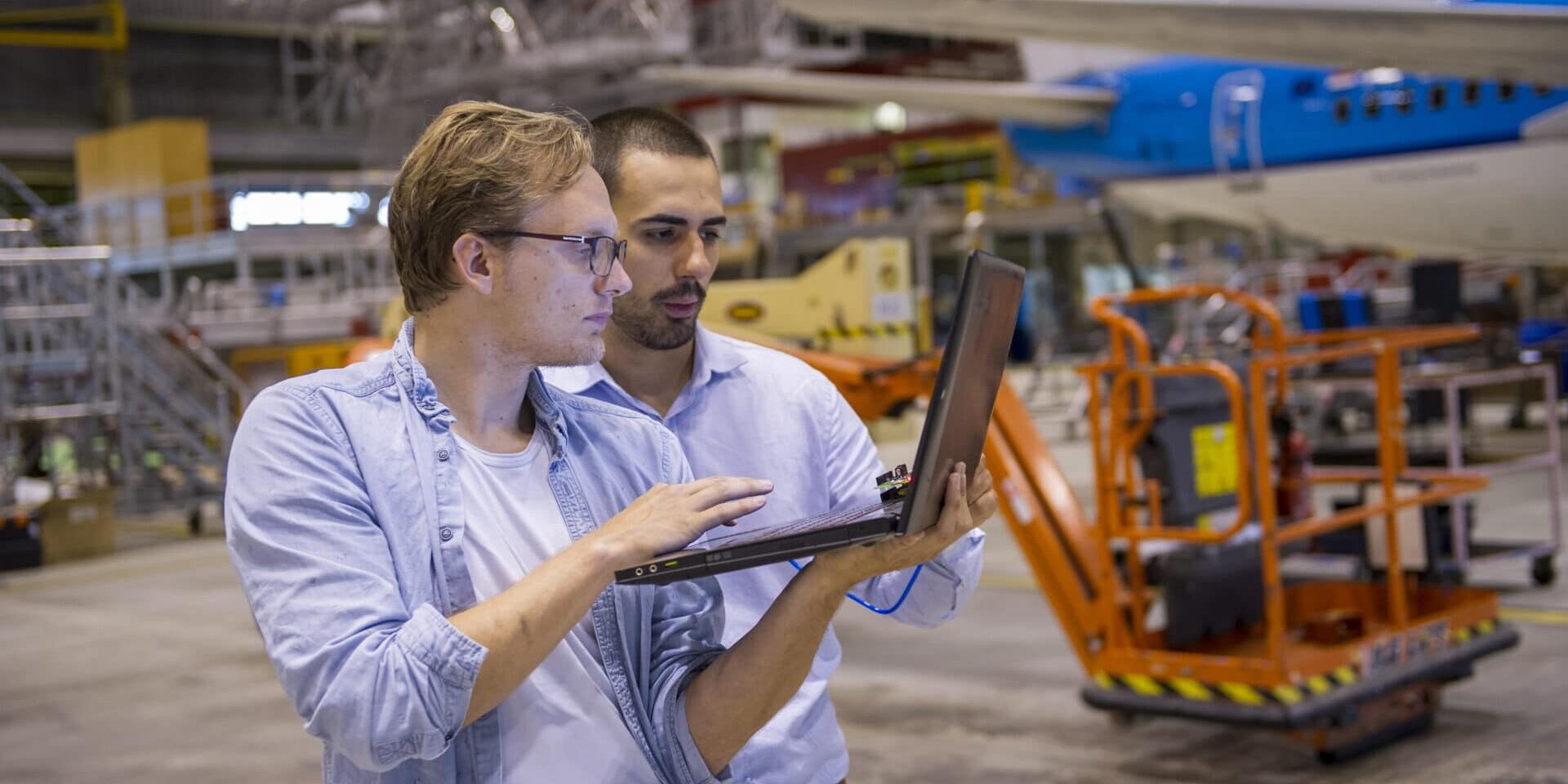 KLM Engineering & Maintenance conducted a drone inspection in hangar 10 in collaboration with the company Mainblades. The Boeing 737-800 with registration PH-BXY was inspected by the drone for lightning damage. The first results of the test are positive.

During operation, small damage may occur, for example, by lightning or hailing. The high safety standard of the aviation requires that these minor damages should be inspected for the next departure of the aircraft. Such inspections can be time-consuming, because the inspection of the hull and wings must be done by employees in a safe and secure way. Deploying a drone can significantly shorten inspection time, which ultimately also results in cost savings. The drone, controlled by a certified drone operator, flies over the plane while the camera operator makes video recordings and photos. Thus, a good overall picture of the possible damage can be realized, after which targeted actions can be performed.

During the drone test, in the hangar, it was simulated that the Boeing 737-800 had damage due to lightning strikes. The drone with cameras flew over the plane. On the ground, program manager E&M Peter Hof and maintenance program engineer Frank Laurenssen watched the images. “In this test it was an inspection of the hull and the wings,” said Peter. “The equipment shows the damage points on the laptop screen.”

The use of a drone is a serious matter. The drone has a true ‘PH registration’ and the drone operator and camera operator are certified to perform the work. Following the successful test in the hangar, several improvements will be made this year. Thereafter, it is examined whether the drone can be used for regular maintenance inspections.