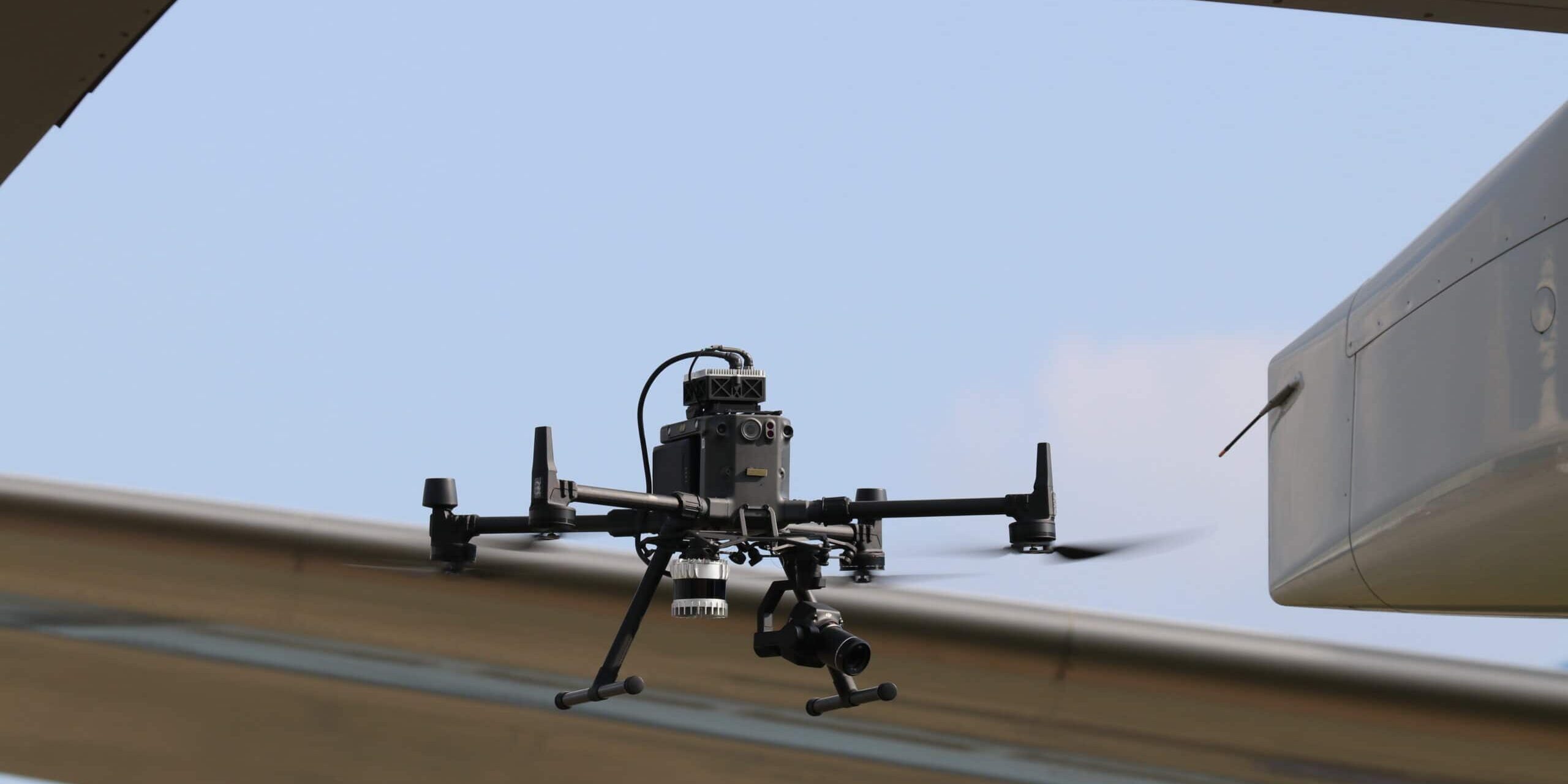 Safety is one of the top priorities in aviation. That also includes the operation of drones. However, being, and more specifically staying compliant is an underestimated part of drone operations. Mainblades recently achieved a major milestone on this topic: the companies’ application to perform outdoor aircraft drone inspections at airports has been approved by the Dutch Civil Aviation Authority. The approval is in line with EASA regulations and marks a big steppingstone that paves the way for manned and unmanned aircraft operating safely side by side at Schiphol Airport and beyond.

Already earlier this year, Mainblades performed the first European outdoor aircraft drone inspection at an active airport in Woensdrecht, The Netherlands. Making such an operation a reality was challenging and required intensive coordination with all involved stakeholders, especially with the local aviation- and airport authorities. The reason for this is that the regulatory groundwork for outdoor drone flights in controlled traffic regions (CTRs) had long not been fully established; the inspection was a demonstration showing that these kinds of operations can be performed safely.

On top of this, EASA released new European drone legislations in January 2021. The new rules define more clearly the different categories of civil drone operations. They also give operators more room to perform flights at active airports as well as other parts of the airspace where drone operations were previously prohibited. But they also mean that it is no longer possible to apply for an operational authorisation under national legislation. Instead, drone operators now have to fulfil the requirements of the new European framework.

Together with AirHub, a consultancy firm that supports companies with setting up safe, legal and efficient UAS operations, Mainblades therefore worked hard on setting up the required documentation for a concept of operations for outdoor aircraft drone inspections. A big part of this 3-months process was to perform a so-called Specific Operations Risk Assessment, short SORA, giving the authorities an understanding of the risks involved and how they are mitigated. “Together with AirHub we developed pre-flight checklists, trainings, communication procedures, an operations manual, a safety management system, maintenance cycles, an emergency response plan and a lot more to show that our operations are safe and reliable”, says Jochem Verboom, CTO at Mainblades. The application has now been fully reviewed and signed off by Inspectie Leefomgeving en Transport (ILT), the Dutch Civil Aviation Authority.

An important aspect of the application was to define the operational volume; or in other words: how much space at the airport is needed to perform the drone inspections. “Our operations are defined by the size of the aircraft that we are inspecting”, says Dejan Borota, CEO at Mainblades. “We have digital maps of the aircraft models that we created with lidar sensors. The drone is able to identify the to be inspected aircraft with the help of this map” he notes. The result is a local reference system which is utilized for high precision localization and navigation of the drone. “On top of that we utilize GPS data for outdoor flights as well” Borota adds. “We are fusing GPS data that the drone receives when being in the air with the lidar reference map to create a highly customized GPS-based geofence around the aircraft. It’s basically impossible for the drone to leave this defined area which makes it a very safe operation”.

With this newly gained approval, Mainblades can perform aircraft drone inspections in all airport environments in Europe. “This is significant for the MRO industry. We see many opportunities for operators and MROs to reduce the amount of towings, to improve hangar input and to minimize turnaround times”, Borota says. The current practice is that if an aircraft lands and it is damaged, it must first go to a closed location such as a hangar. In the case of Schiphol that means towing the aircraft from Schiphol centre across two active runways all the way to Schiphol East, where most of the maintenance facilities are located. “Operators are losing a lot of time because of this” Borota notes. “Plus, hangar space is expensive to rent and not always available “. The Mainblades CEO points out that general visual inspections with a drone can also take place in the open air. “Such pre-hangar input inspections could significantly optimize the time the aircraft spends in the hangar and contribute to getting it back into the air as quickly as possible”.

The operational procedures that Mainblades established for outdoor aircraft drone inspections are following an EASA-based methodology. Therefore, they can be transferred to all other EASA compliant aviation authorities worldwide. “This is a big milestone for us, but it doesn’t end here. Our vision is to see drones performing light inspections on parking spots or even at the gate across all airports in the future. We receive a lot of attention about this and therefore already began working to realize similar goals with partners that operate their fleets under FAA regulation”.