You are here:
Meet the team 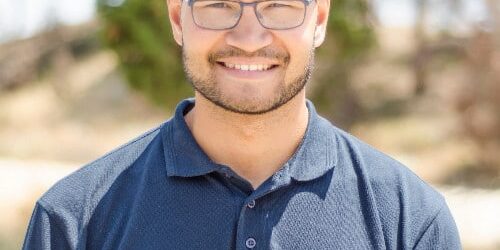 “I am helping humans to achieve the most extraordinary things. It’s not only the intellectual challenge that drives me but also the fascination for the technological advancement”, says Julian.

Eager to experience as much as he could in control systems engineering while pursuing his master’s degree, Julian worked on the hardware and testing of rockets at Delft Aerospace Rocket Engineering. However, due to his interest in machine learning and the application of robotics to aerospace he later joined Mainblades, where he concluded his thesis.

In his opinion, internships are the best way to prepare oneself for a job in the field that one likes, and that is what he found at Mainblades. A place with the right conditions to thrive both personally and professionally. Now, as a Software Engineer, his day-to-day consists of developing state-of-the-art computer vision algorithms for detecting damages on inspection images.

Want to learn more about the use of drones in aircraft maintenance? Check out the last blog post.

Our team not only cares about the craft but also has intangible traits that make us the best ???? “What I really like about the company is that, if you are ambitious and want to do something meaningful, you can try out new ideas and make mistakes, as long as you learn from them and bring your best every day”, he points out.

Outside Mainblades, Julian engages in several activities where he finds his balance. Between boxing and gym sessions, he finds time for a cappella singing or guitar playing. If he could learn to do anything, he would become a fluent Mandarin speaker.

Do you dare to be challenged in your job? Building cutting-edge products? In a forward-looking team? Join us here!

Daniel Trombitas: from self-driving Volvo trucks to autonomous inspection drones
March 6, 2020
Revolutionizing aircraft inspections with drones
See how!
This might interest you
Go to Top