Mainblades in 2021: a year full of milestones 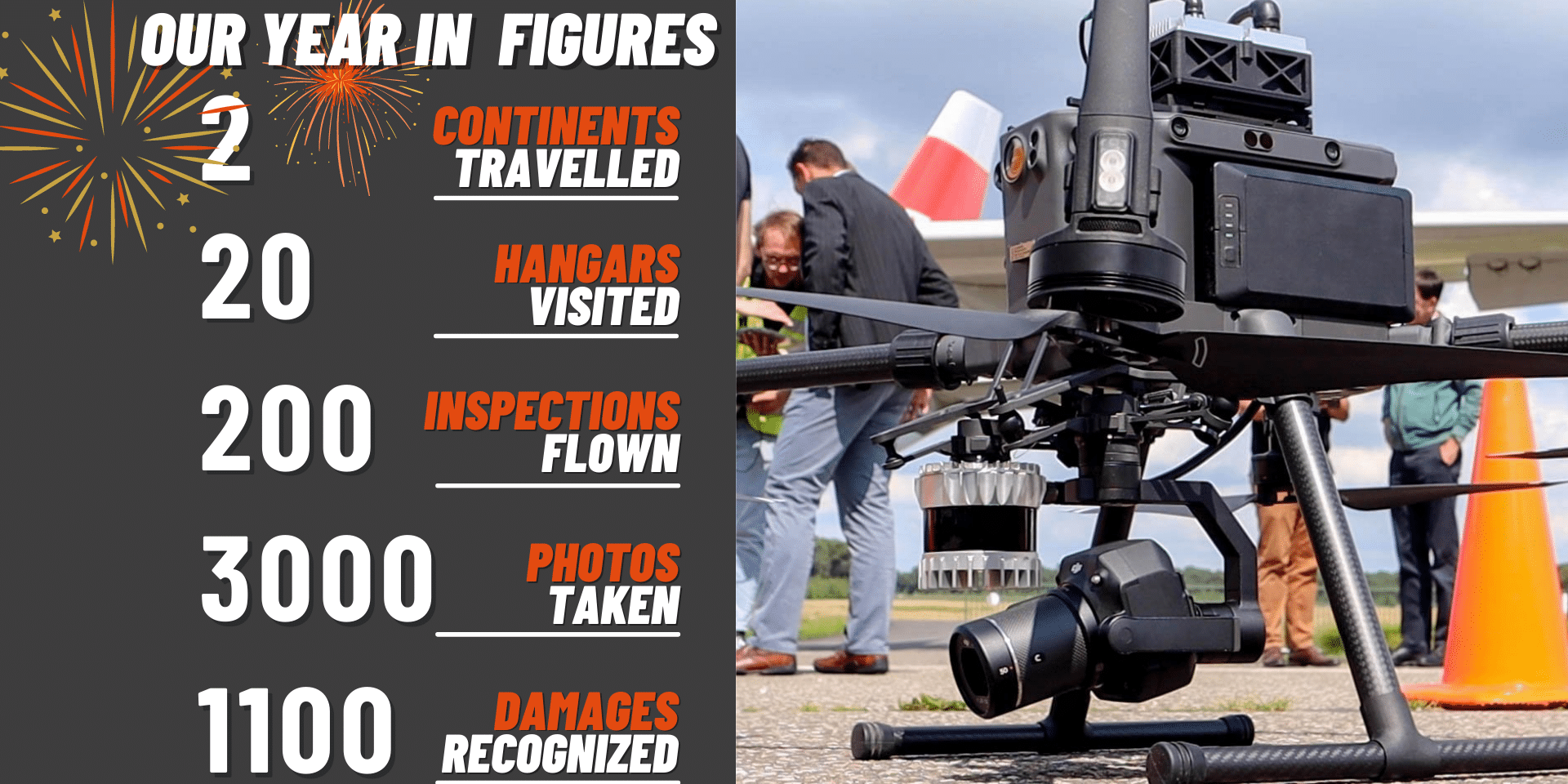 Mainblades in 2021, what a year it’s been! Despite many turbulences in the aviation industry, Mainblades can look back on a year full of achievements and key milestones. We signed two partnership contracts, gave demonstrations across two continents, flew over 200 automated inspections, participated in several international conferences and managed to secure approval for outdoor flights at active airports in Europe.

Our year began with a new cooperation in January with Ouster. Through this partnership our drone solution has seen a drastic improvement. From that point on our drones were equipped with high-performance, digital lidar sensors. These new sensors provide a very high resolution and support our teams in creating even more detailed digital twins of the aircraft. This forms the basis for automated drone inspections on any aircraft model.

Shortly after this, in February, our software team released a major update of the Mainblades Flight App. This release was a complete overhaul of the interface allowing users to intuitively set up new inspections and review damage reports in the stations and stringers format.

With the hard- and software maturing, our team went on a roadshow during the summer to visit partners in Germany, Belgium, Luxembourg, The Netherlands and the United States providing demonstrations both inside and outside of hangars. During this time our team visited 20 airfields and flew over 200 inspections. One of the most exciting ones was the outdoor inspection of an Airbus A330 which was arranged in cooperation with Fokker Techniek, Truenoord as well as the Dutch Drone Centre / Aviolanda at the airbase Woensdrecht. Not only was the inspection the first of its kind in Europe, it was also a demonstration that outdoor drone inspections can be performed safely at active airports.

To make sure that such future outdoor inspections are in line with EASA regulations, Mainblades applied at the Dutch Civil Aviation Authority (ILT) for the official operational authorization. In December this year the submission was approved. This marked yet another milestone for our team, paving the way for manned and unmanned aircraft operating safely side by side at Schiphol Airport and beyond.

While already earlier this year Mainblades announced a partnership with Lufthansa Technik Philippines, December was also the month that we announced our renewed partnership with KLM E&M. An important milestone in the history of the two companies, that have cooperated since 2015. The new partnership has already seen a successful start. Within only seven days of time our team managed to create digital 3D lidar maps of KLM’s entire A330, B737, B777 and B787 fleets, all without any interference with the regular maintenance operations at hangar 11 and 12 and Schiphol Airport. In Q1 of 2022 the partners are therefore now looking to get the drone fully operational by certifying it under KLM’s Part-145 approval, as well as to get the engineering workforce familiar with the technology.

Moving towards the end of the year, we want to thank all our partners, customers, suppliers and everyone else that is supporting us on our journey.

Despite the ongoing challenges for aviation, we are confident that the year ahead will be just as full of new successes as the one passing.