Returning a stored aircraft back into operation 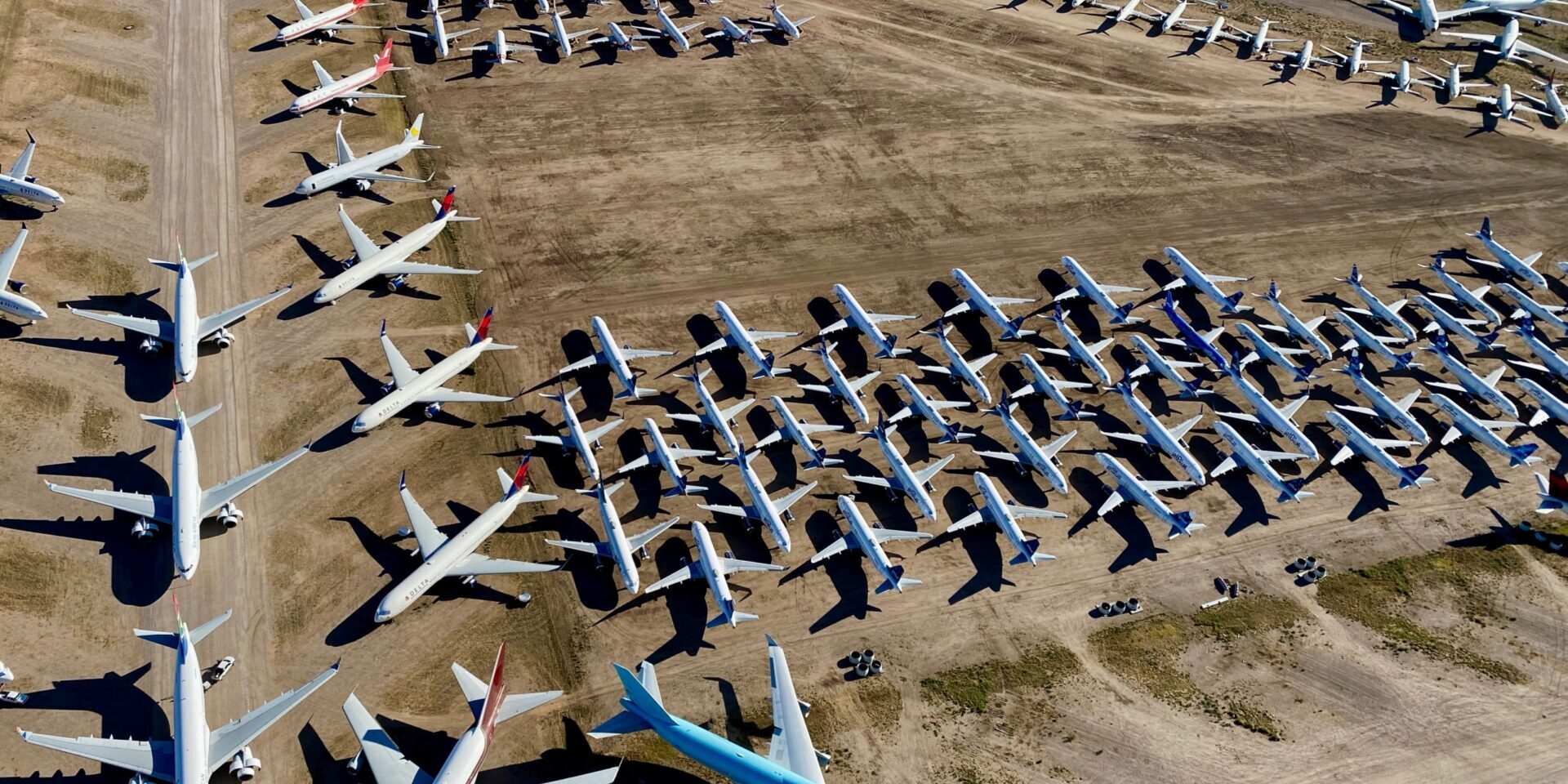 The aviation world has been heavily impacted by COVID-19. An unprecedented number of aircraft have been grounded and need to be stored long term. This situation causes severe financial pressure on air operators, as well as on their service providers and the whole supply chain. With most of the world’s aircraft fleet currently in storage or infrequently flying they are faced with the extra task of maintaining their aircraft until the time is right to fly again.With travel restrictions being gradually lifted, the number of passenger flights is slowly increasing again. However, as many aircraft have been stored for weeks or months air operators need to ensure first of all that the aircraft are well maintained and restored to airworthy conditions.

These grounded aircraft have been left unattended for longer periods of time, often in smaller airports located in desert areas. In such long-term storages parts of the aircraft such as the fuselage may be damaged due to environmental factors. Problematic is that such gradual damages are often only then discovered when the aircraft is returning back into operational service. Due to the unprecedented number of aircraft stored, issues are likely to arise. Airlines may see an increase in mechanical issues that could have been foreseen earlier. Especially for aircraft leasing companies this is a challenge because having a full picture of the status of the aircraft, so it can be reliably passed on the next lessee, is a time-consuming procedure.

Why would an airline chose to store its aircraft?

Whether you deliver or return a leased aircraft, its physical condition is the most pressing issue during this process. The aircraft must undergo a thorough inspection to ensure the damages have been assessed or repaired and not left unspecified. Although aircraft are now modern and longerlasting, the visual inspection process is still outdated and time-consuming. As well as being challenging, the inspection process can take hours to complete with pressure in the process especially when there is a new lessee already contracted to pick up the aircraft. Instead of focusing on the aircraft, the inspector focuses on paper (taking pictures and making notes). When the found damages are not reflected in the repair reporting it will raise questions if a proper repair is done and if it is well documented. It may result in repetitive full physical inspection checks.

Mainblades’ has developed a fully automated inspection solution for both indoor and outdoor use. It relieves everybody involved in the lease transition from the aforementioned struggles. Within 5 minutes the drone is fully operational via our easy to use iOS application and ready to perform an automated visual aircraft inspection. It helps to optimize maintenance activities, reduces inspection times, supports analysis of damages on the aircraft, and automatically generates reports.

While the drone is flying around the aircraft taking high-resolution images, our machine learning model makes predictions in the iPad application. This way, the model learns over time to perform object and damage detection, predicting its location and type only with the help of images. The inspector gets the chance to make a final assessment. He can either accept or reject these predictions, change their shape or add new ones. As a result, reports are created in a much faster, easier and safer manner. Data can be shared in real-time because the data is immediately uploaded to our cloud-based system. Aircraft engineers can make informed decisions in no time and share the insights with the leasing company. This way, returning the stored aircraft back into operation becomes a more streamlined procedure. From data collection to damage reporting on-site, the process has never been easier, faster, and safer.

The direct effects of lightning strikes on an aircraft by zones
September 7, 2020
Revolutionizing aircraft inspections with drones
See how!
This might interest you
Go to Top