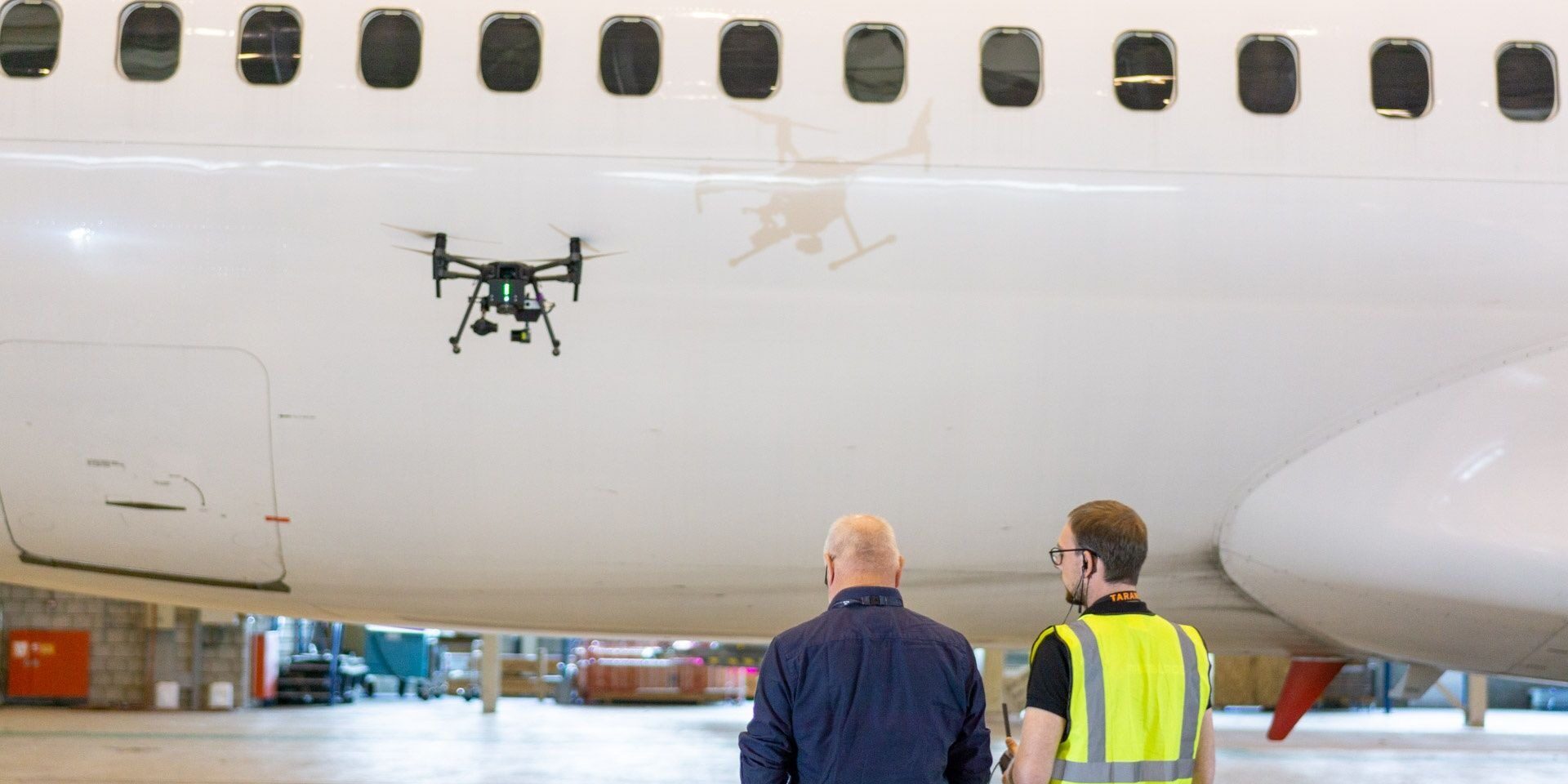 Aircraft inspections are the most recurrent procedure to assess the condition of the aircraft and its parts. Did you know that over 80 percent of inspections on large transport aircraft are visual? Here is an overview of aircraft visual inspections in aviation maintenance, repair & overhaul (MRO).

Visual inspections are crucial to assess the status of the aircraft

As the most basic method of damage assessment, aircraft visual inspections must be accurate and proficient. To identify and evaluate defects, manufacturing errors, or component fatigue, they are usually performed at near and intermediate distances from the aircraft.

According to the Air Transport Administration (ATA) Specification 100, a general visual inspection is “a check which is a thorough examination of a zone, system, subsystem, component or part, to detect structural failure, deterioration or damage and to determine the need for corrective maintenance.” When conducted properly, aircraft visual inspections tend to be the fastest way of ensuring the continued safe operation of the aircraft.

The procedure still raises concerns about its reliability

Although considered the first line of defense for safety-related failures on aircraft, visual inspections still raise several concerns. According to the Federal Aviation Administration (FAA), two elements are crucial for a successful visual inspection of an aircraft: a trained inspector with visual acuity to detect defects and a uniform inspection procedure and techniques that, when repeated, provide the same results. Therefore, any adverse situation could not only impact reliable damage assessment but also the aircraft’s airworthiness.

Improper maintenance may lead to accidents and incidents

Continuous studies have proven that commercial air travel is one of the safest methods of transportation. Yet, human errors have been the cause of numerous accidents and incidents throughout aviation history. It is undeniable that aircraft maintenance technicians make traveling possible. However, if their work contributes to the continued safe operation of the aircraft, their errors pose a threat in the same way. The omission of necessary checks or improper maintenance is the main reason why.

In 2003, the International Air Transport Association (IATA) Safety Report found that 26 percent of accidents were caused by maintenance errors. Constantly required to identify and evaluate damages and make decisions, aircraft maintenance technicians can make an error in judgment, leading to maintenance-related aviation accidents and incidents.

At this point, it is important to note that inspecting and maintaining commercial aviation is organizationally complex. ‘Aircraft maintenance often spans multiple days and multiple shifts, making coordination of activities and information amongst different operators over different shifts very difficult’, state Kara A. Latorella and Prasad V. Prabhu in their paper about human error in aviation maintenance and inspection. The authors also note that rather than focusing on providing feedback for others, the training for inspection tends to focus on the procedure itself.

Over the years, human errors became more and more examined by researchers. While errors resulting in accidents and incidents are most salient, let us not forget about other relevant consequences such as gate returns, delays in aircraft availability, or diversions to alternate airports which negatively impact airline operations.

Given the complexities stated above, what can be done to lower the workload on aircraft maintenance technicians? Has the thought of adding automation to the process ever crossed your mind? Automation is set to become the new normal across multiple industries, with aviation MRO as its prime candidate. It offers a unique opportunity to mainstream human-oriented processes: the robotics solutions are not only immune to the fatigue experienced by humans but also able to perform tasks with sensitivities not possessed by the human eye.

Rather than replacing humans in performing tasks, the goal is to automate those that require the least technical skills possessed, for instance, by aircraft maintenance technicians. This brings game-changing advantages. Instead of spending hours moving from station to station, from stringer to stringer, while searching for damage, aircraft engineers can undertake more complex tasks. With the inspection time slashed to minutes, faster and informed decisions can be made with regards to aircraft’s repair and availability.

Aircraft inspections may soon become automated thanks to the latest work carried out by companies such as Mainblades. We believe that using machine learning to identify and report on potential issues will help to address these in a much faster, easier, and safer manner. Our solution relied on a state-of-the-art drone and a customized software interface designed to alleviate manual inspections methods and speeding up the entire process. Here is what aircraft drone inspections can do for you.

As more companies turn to automation, we know one thing: the workplace of the near future will be an ecosystem with humans working alongside robots to maximize efficiency and accuracy. Which technologies will change your workplace over the next years? Let us know in the comments below.

The direct effects of lightning strikes on an aircraft by zones
September 7, 2020
Revolutionizing aircraft inspections with drones
See how!
This might interest you
Go to Top
We use cookies to ensure that we give you the best experience on our website. If you continue we will assume that you are happy with it.OkNoPrivacy policy