On average, every commercial aircraft is struck by lightning once or twice a year. After the aircraft lands, an inspection must always be performed to assess the state of the aircraft prior to return to service. The Airbus A380 is no exception and here you will learn the ins and outs of lightning strike inspections performed on this aircraft type.

The development of the Airbus A380 started in the 1980s, but it only entered service on October 15th, 2007, with Singapore Airlines. Despite its challenges, it is the largest commercial aircraft ever built with a maximum passenger capacity of 853.

How often is an Airbus A380 hit by lightning?

Over the years Airbus has delivered a total of 240 aircraft to major airlines all over the world. The Airbus A380 has reached the end of its lifespan and as of 2021 will no longer be in production. The decision to end its production as soon as the last orders are delivered to Emirates was announced in February 2019.

The Airbus A380 is struck once or twice a year by lightning and given the global fleet in the world, this results in 240 to 480 lightning strikes per year.

Are there any incidents with an Airbus A380 caused by lightning strikes?

Does the use of GLARE affect lightning strikes on an Airbus A380?

On the Airbus A380, GLARE is widely used as a structural material due to its weight and fatigue properties. It stands out from other “sandwich” composites because of its alternating layers of glass fiber reinforced bond film (epoxy) and aluminum are applied at 90-degree angles to each other. By positioning the layers in that way, it improves the strength of the material.

After several years of service (but not sales), we know the A380 is a big aircraft, but commercially it was not the big success Airbus had planned for. The newer and smaller A350XWB won’t exactly replace the A380, but it has already found a niche in the market. The smaller footprint of the A350XWB aligns better with the smaller footprint of most US airports.

Interestingly, Airbus decided against using GLARE for the A350. The manufacturer returned to the familiar recipe using aluminum alloy around the cockpit, and carbon fiber for the body of the aircraft. When considering the best lightning strike protection for an aircraft type, it’s critical to consider the aircraft’s overall design and the placement and manner of attachment of its components.

How many man-hours does it take to perform a lightning strike inspection on an Airbus A380?

After the aircraft is struck by lightning, the aircraft is grounded and thoroughly inspected for damage such as pits and burn marks by aircraft maintenance engineers to guarantee its airworthiness before the next flight. The inspection alone requires 3 licensed aircraft maintenance engineers and 12 hours to complete. The total man-hours for an Airbus A380 lightning strike inspection are 36 hours.

To assess the status of the aircraft, the aircraft maintenance engineers will move from station to station, from stringer to stringer, using additional equipment to inspect the top of the fuselage and the tail. The tail is 24 meters high and not easy to reach while the aircraft elevators and stabilizers are blocking the man lifter equipment. Often during the inspection, additional damage can be caused.

How does a drone fit in the aircraft lightning strike inspection process of an Airbus A380?

The use of drones for aircraft inspections brings game-changing results for the aviation industry and particularly Maintenance, Repair, and Overhaul (MRO) companies and organizations. All aspects of the inspection procedure, from drone flight to report generation, are automated, allowing the ground team to easily analyze and report the status of an aircraft.

In the event of a lightning strike, using a drone to perform aircraft inspection on the Airbus A380 can decrease the inspection time by 75%. A drone can speed up the entire process of the General Visual Inspection (GVI) during a lightning strike inspection, which can now be performed in minutes (60 minutes) instead of hours (12 hours). Our drone will safely fly around the aircraft and capture high-resolution pictures, allowing aircraft maintenance engineers to make a much faster damage assessment.

Featured in “Dutch Pioneers in AI”

Mainblades has been featured in “Dutch Pioneers in AI“, a video series by Zuid Holland AI, official partner of The Netherlands AI Coalition (NL AIC). In this series startups are introduced that are leading the way in the development and use of Artificial Intelligence across a variety of industries. Interviewed by Tim Franken from the… 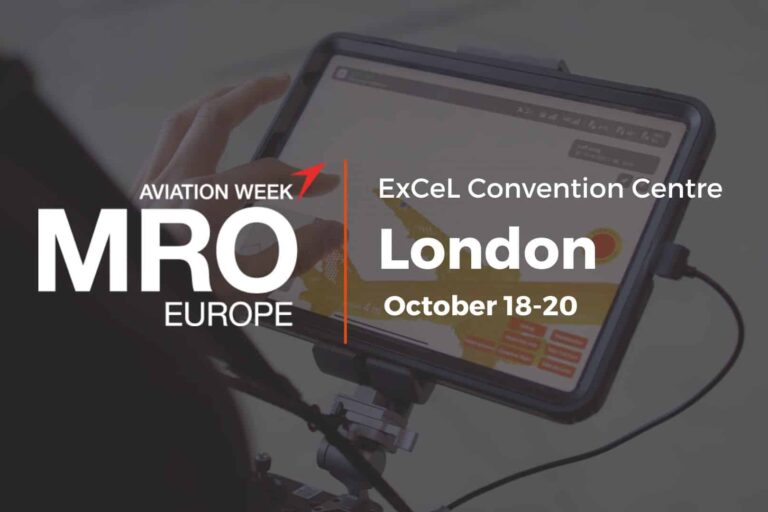 We currently take final Part 145 certification steps for paint and high-speed tape inspections with drones. Soon, this technology is fully operational in the facilities of KLM E&M and beyond. Are you in London next week? Meet our team at MRO Europe 2022 and learn how we can make it work for your MRO organization… 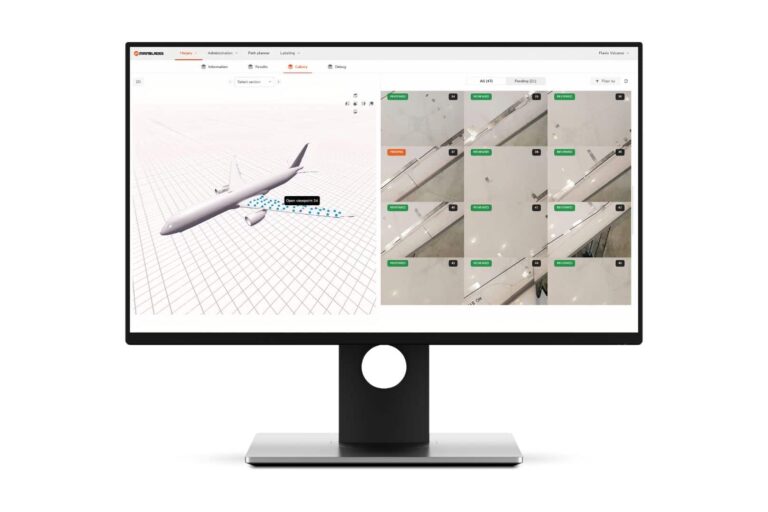 Data labeling interfaces: Build It Or Buy It?

Build it or buy it. Certainly, a debate that applies to data labeling. One of the first and most crucial steps in the machine learning development cycle and probably constantly on the mind of any data scientist. In this blog, Julian von der Goltz, Head of Machine Learning at Mainblades discusses the considerations we made to… 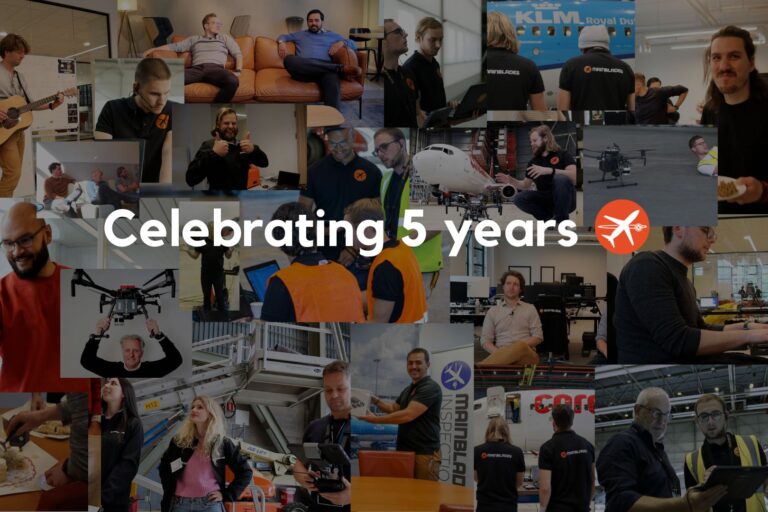 A very special year for us. We turn five! Five wild years to say the least with uncertainty, changes and major milestones all around. From the first proof of concept to flying in operational hangars every day. This is our story. Read on to get a glimpse into our past, present and future. Before you… 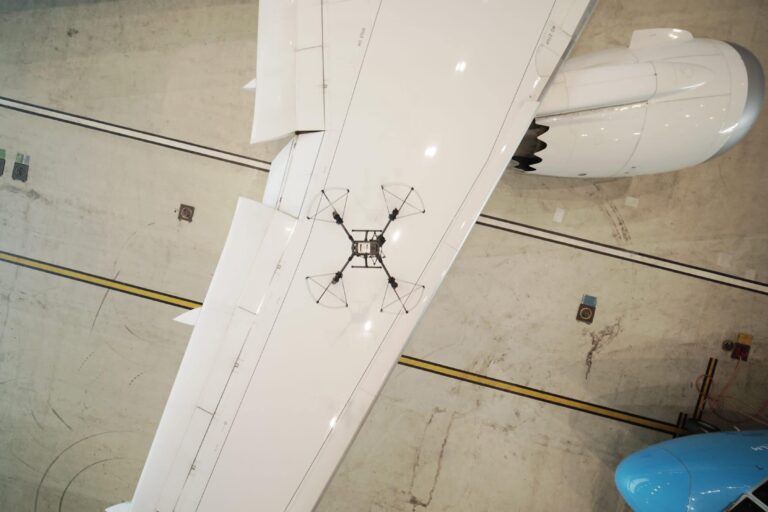 Have you seen Aviation Week Network’s latest article about how we tackle challenges with paint chipping on Boeing 787 aircraft? A hot topic in aviation right now! The software developed in cooperation with KLM Engineering & Maintenance automatically identifies and labels both paint damage as well as high-speed tape using high-resolution images and measurements. This way it can predict where damage… 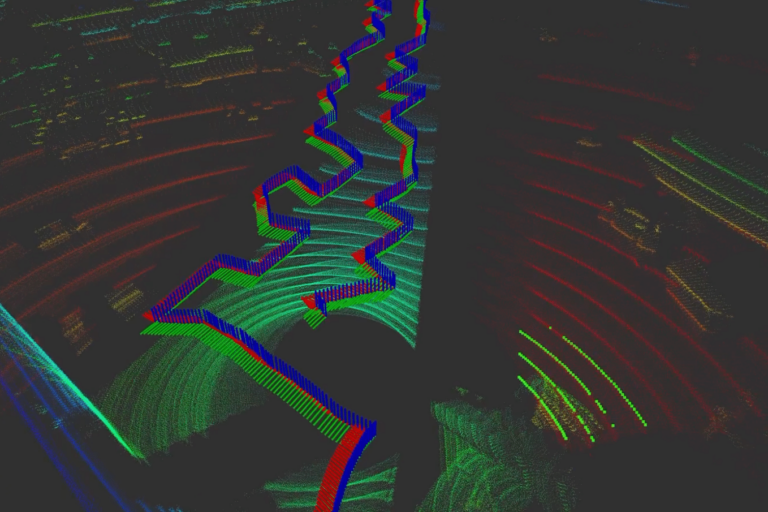 Robots that operate in particularly challenging environments such as aircraft hangars, require fast and accurate state estimation. With poor lighting and no GPS that can be a challenge. That is why the Mainblades development teams are proud to release a new, in-house developed lidar odometry algorithm that has been in daily operation in the maintenance…

Read more
Go to Top
We use cookies to ensure that we give you the best experience on our website. If you continue we will assume that you are happy with it.OkNoPrivacy policy