The direct effects of lightning strikes on an aircraft by zones 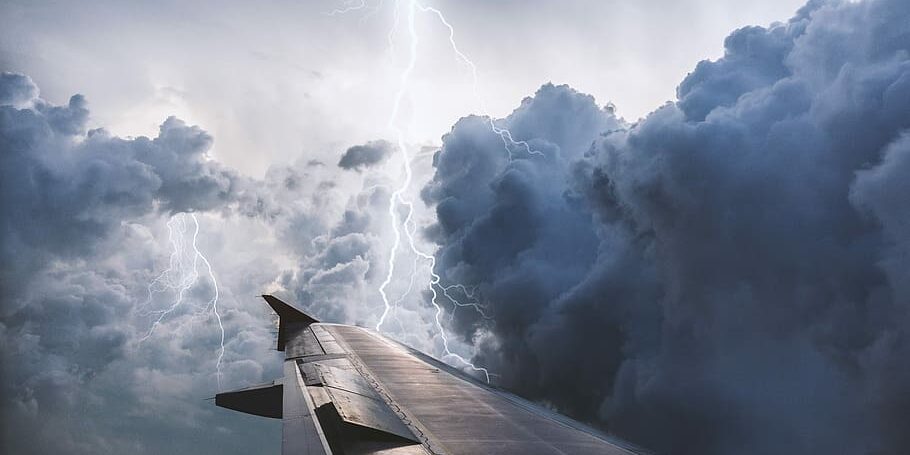 Believe it or not, the lightning frequency is such that every commercial aircraft is struck once or twice a year. While modern aircraft are protected from the occurrence, the post lightning strike inspection can still cause costly delays and service interruptions. With that in mind, areas of the aircraft more susceptible to a lightning strike have been classified by zones to facilitate the damage assessment.

Lightning usually strikes at the aircraft’s leading edges, such as a wingtip or nose. Then, the current travels through the aircraft’s conductive exterior skin and structure and exits via the tail.

How lightning attaches to an aircraft. Source: Boeing

As a passenger, you should not be concerned: aircraft possess a system designed to protect you from the occurrence. Based on the principle known as the Faraday cage, the system consists of providing a path for the electric charge of the lightning bolt to enter the aircraft at one extremity and exit at another, ensuring that the occupants remain safe in the cabin.

As an aircraft owner, you already know the drill. When struck by lightning, your aircraft must undergo a thorough inspection to locate the entrance and exit points and identify any damage caused before the next flight.

SAE Aerospace Recommended Practices (ARP) 5414 defines six aircraft lightning strike zones, with some more prone to the occurrence than others. 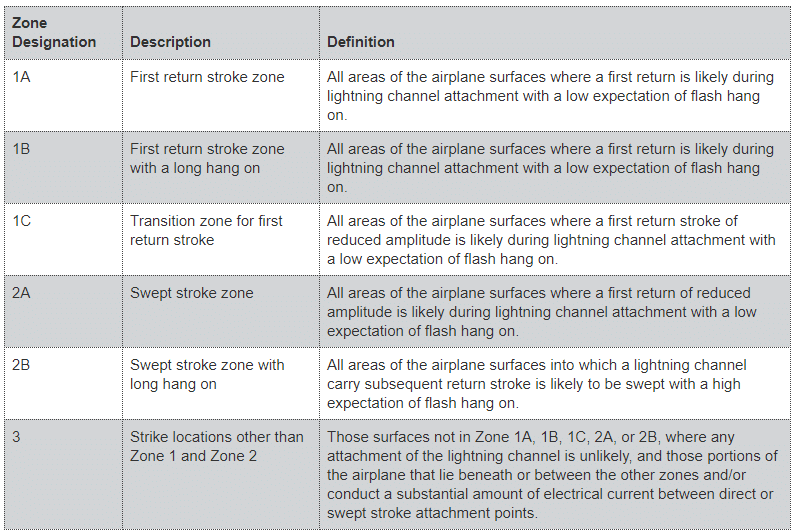 Although the probability of the lightning attachment to an aircraft is lower in Zone 2, it still needs to be carefully examined for damage by aircraft maintenance engineers. For example, the radome in Zone 1 may be the initial entry point, but the forward motion of an aircraft may move the lightning channel along the fuselage aft of the radome.

Even if the post-lightning strike inspection reports no damage in Zone 1 and Zone 2, a Zone 3 examination is also recommended. 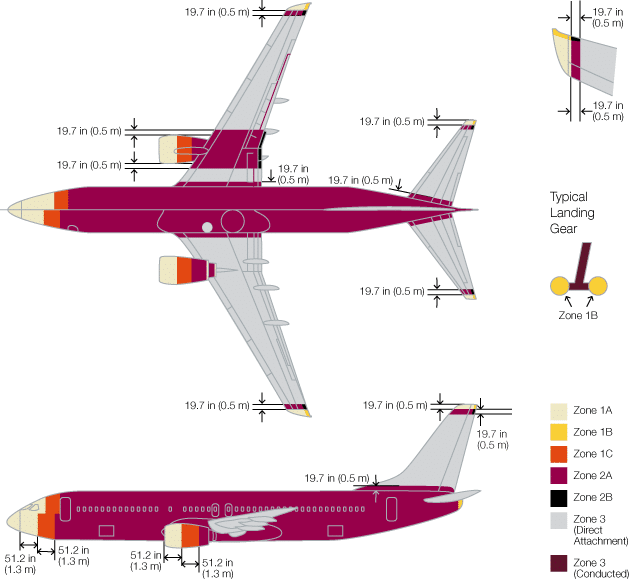 In summary, before the next flight, the aircraft is grounded and thoroughly inspected to first identify any lightning strike entrance and exit points by zones, and second the potential damage caused in the surrounding areas. Here is everything you need to know how to inspect and repair damages caused by lightning strikes on different aircraft types.